Cheesecake and food carts, Powell’s and Multnomah Falls, bagels and cream cheese, choirs and spring sports. These were just a few of the northwestern US cultural aspects the students from St Mary’s partner school in Gap, France, got to experience! St. Mary’s students and their families hosted 15 French students and their chaperones, English teacher Sylvie Seurre, and head of upper school Jean-Yves Castelin from St. Joseph in southeastern France. When not discovering the greater Portland area, the group from St. Joseph shadowed their hosts at St Mary’s to gain insight into the daily academic lives of our students.

During their stay, the girls and their chaperones visited the Portland Art Museum, the Oregon Historical Society, enjoyed a walking tour of Portland, and toured the University of Portland campus. They stopped in for a visit at Powell’s of course, and had a chance to compare our Starbucks culture with their own café culture. They also visited Seattle and the Columbia Gorge.

During their two days spent at St. Mary’s, the visitors attended classes and clubs, including the Politics Without Borders club. Club members hosted a lunchtime roundtable to explain the American political system and recent presidential election events to our French guests.

This past summer a group of 13 SMA students accompanied by French teachers Maron Faulkner and Marsi Thelin were hosted by St. Joseph families from June 17- July 1, after which they experienced as much of Paris as they could in three and a half days. The students and teachers alike were delighted to reconnect with their French counterparts.

The following SMA student and their families hosted a student from St Joseph March 17-April 4:

For more information about the French exchange and our partnership with St Joseph, contact Marsi Thelin (marsi.thelin@smaryspdx.org) or Maron Faulkner (maron.faulkner@smapdx.org). 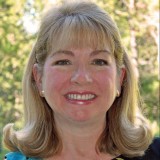